Started in 2001, the Whistler Film Festival has long been a champion of Canadian films, but they’ve also been working for years to achieve what festival Director Shauna Hardy calls, “a more accurate, gender balanced, diverse portrayal of society.”

And for 2018, as North America shines a light onto some of our representation issues, Whistler Film Festival (WFF) is proud to be putting forth one of their most diverse film line-ups ever.

“We have 46% female-directed movies,” says Director of Programming Paul Gratton. “I think that is a record for us, a lot of the best films we saw this year were directed by women.”

To continue building on the good work already done, the WFF’s “Women on Top” Series is back for a second year, with a commitment to champion diversity and representation in the film industry. The program features a keynote luncheon, workshops, as well mentor opportunities and screenings, including a special showing of This Changes Everything, a documentary where some of Hollywood’s leading voices guide a discussion on the history and culture of gender discrimination in society.

WFF 2018 also features 11 world premieres, with Canadian films front and centre, as usual. Sixty-nine percent of the movies WFF screens this year will be Canadian-made, and there are 18 Canadian films in the running for the Borsos Award (Best Canadian Feature). “It’s our strongest Borsos field yet,” Gratton enthuses.

To kick it all off on November 28, the festival hosts an opening party at the Audain Art Museum, and a special screening at the Rainbow Theatre. “We are opening with the Canadian Premiere of Mary Queen of Scots,” Gratton says. “Margot Robbie and Saoirse Ronan star, and it’s a beautiful film—every frame is like a renaissance painting. We also have the Canadian premiere of Stockholm, which is about the original case the term Stockholm Syndrome was coined after. And Roma, the new Alfonso Cuaron film that will be big this awards season. We are bringing in special projectors and equipment and this will be the first film ever screened in Whistler in 4K resolution with 7.2 Dolby sound.”

Gratton says one of his favourite things about programming the Whistler Film Fest is picking movies specifically for the audience here.

“One I’m really excited about, that I think Whistler will love, is Anna and the Apocalypse. It’s a Scottish zombie Christmas musical, really well done. It kind of reminds me of Trey Parker’s Cannibal: The Musical, and I know the Whistler crowd appreciates that completely whacked sense of humour.”

Gratton also looks forward to seeing Whistler’s reaction to a couple of documentaries.

“Some good local content is a doc called F*ck You All: The Uwe Boll Story. Uwe Boll is from Vancouver and some people say he is the worst filmmaker ever. This doc runs through his work and life. He once famously challenged his critics to a charity boxing match, without telling them he was an amateur boxer. He beat the hell of out of them.”

Another standout is Hugh Hefner’s After Dark, about Hugh Hefner’s two syndicated late-night talk shows from the 1960s. “It’s doesn’t touch on Hefner’s magazine or the exploitation of women at all,” Gratton says. “It just celebrates the guests on these shows, icons of the time like Lenny Bruce or Nina Simone, Sammy Davis Jr and Martin Luther King. A lot of black people who couldn’t get on TV in those times were guests on this show.”

Gratton is bringing in Free Solo, the Jimmy Chin flick about rock climber Alex Honnold’s attempt to free solo (climb without the safety of a rope) the Nose route on Yosemite’s El Capitan. “It’s 3000 feet of straight rock,” Gratton says. “And really the story of the crew that filmed everything is as intriguing as the film itself. They had all these platforms and rigs, and had to film this guy who could fall to his death with the slightest slip.”

Gratton also suggests Psychonautics – A Comic’s Exploration of Psychedelics. “Comedian Shane Mauss explores the history of all these different drugs, but he also does them and then discusses the experiences in his comedy show. He tries LSD, even crystal meth, and actually ended up being sent to the psychiatric hospital after that. When he proposed to his girlfriend she instantly realized something was off.”

On the other end of the spectrum, Gratton says the top family/kids flick of WFF 2018 is Elijah and the Rock Creature. “It’s a first-time feature from the Northwest Territories about a boy and his mother on a camping trip on the tundra. He gets lost and comes across this creature that is also lost, it’s like ET on a micro budget.”

Gratton says he tinkered with the film schedule a bit this year, slotting more screenings in on the closing Sunday of the festival. “This allows for word of mouth on hot titles,” he explains. “It gives you a second chance to see some of the great films you might have missed earlier in the week.”

The other good news is the ski hills are both up and running by the time Whistler Film Festival lights up the screens, but Gratton says don’t ski too hard that you can’t catch a few movies for après.

The full schedule of the Whistler Film Festival was just announced. So check the films and get tickets on their website. And for accommodation deals and everything else you need to know about Whistler, hit up Whistler.com. 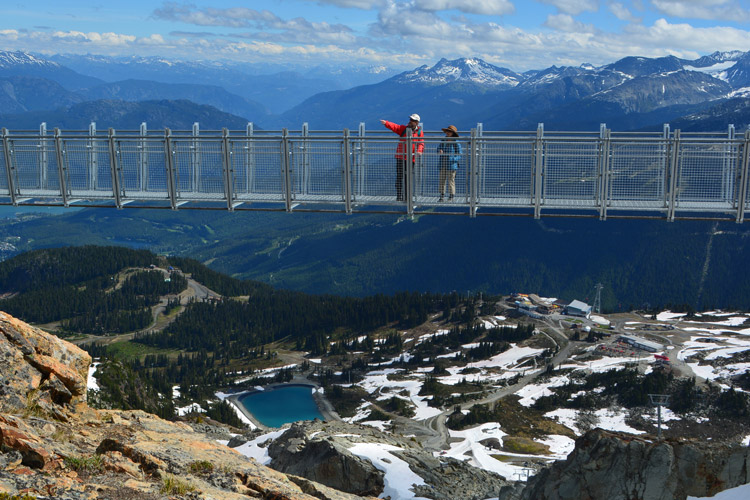