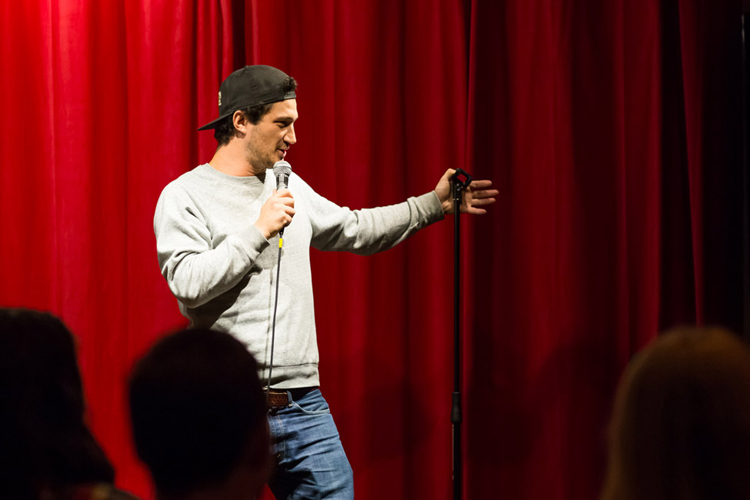 They say laughter is the best medicine and this time of year, when pre-winter stoke is at an all-time high but actual, you know, things to do are running a bit thin, we might all just be in need of a dose of said medicine. Luckily for Whistler locals and visitors alike, a lively comedy scene has been slowly growing in town for the past two years, all thanks to one local who goes by the name of Jonathan Baum. While Whistler has always been known as a great place to let loose and get your party on, for those of us who enjoy a bit more of a … well … “mature” night the choices at this time of year can be limited. But fret no more because in addition to bringing in some big name acts every month or two, Baum has made Elevated Comedy Night on Wednesday nights at The Crystal Lounge a reality and one of the best nights of the week at that.

“I love doing stand-up but being on the road gets old, so I figured if I did shows in Whistler, because it’s such a touristy place, I could have new audiences just come to me every week if I started a show. That way I could tell the same jokes to a new crowd every week,” says Baum. “It kinda didn’t work out that way though; we have a local following and I see the same faces every week so have a ton of pressure to write new jokes every week.”

And let me tell you, you’d be hard pressed to find a more fun thing to do in Whistler, whether it’s as a warm-up to a night on the town or the main event itself. I mean, who doesn’t love laughing? And the crowd that fills The Crystal on Wednesdays (Insider Tip: Get there early cause it pretty much fills up almost every week) are as great as they come. Baum loves the venue, saying “It’s an intimate room and it doesn’t feel too upper class to do dirty material.” And right he is, the Crystal Lounge is seriously the perfect spot to kick back, drink a pint or three with your pals and let those belly laughs roar.

Most evening include a couple of comics, generally one up-and-comer type from Vancouver and then one bigger name who’s travelling the comedy circuit, all hosted by Baum who does a great job keeping the crowd laughing between sets. On a recent Wednesday, this lucky writer was treated to an absolutely hilarious night featuring Vancouver local Jacob Samuel – who had some absolutely ripping material – followed by one of the top Canadian comedians currently on tour, Bryan O’Gorman. Oh man was this dude hilarious, playing up the whole skate/stoner aspect of his personality and telling just absolute zingers on a wide range of topics ranging from politics to sex. This guy was seriously one of the best comics I’ve ever seen perform.

As far as finding people to fill the stage, Baum says, “There is a huge amount of talented comedians in Vancouver and the rest of Canada that people haven’t heard of, so it’s cool to put them in front of a good audience and watch the magic happen. It seems to have a reputation of being a great night out, which takes the stress out of wondering if anyone is going to show up. It’s also starting to get a great reputation among comedians, so hopefully as we keep putting on great shows, more hilarious comedians will reach out on their way through BC.”

In addition to the weekly Elevated Comedy Night, Baum also occasionally brings in bigger acts for one-off nights around Whistler and Pemberton. Last summer’s show by Canadian comedy legend Derek Seguin still has my gut hurting from laughing so hard. The Crystal Lounge also hosts the annual Whistler Comedy Showdown at the World Ski & Snowboard Festival which gives locals and amateur comedians a chance to battle it out to see who comes out on top. Last year, Kyle Killeen came out on top and had this to say, “You need guys like Jon organizing things like this cause if you’re injured in the winter and don’t like trap or deep house you’re pretty much [hosed] and got nothing to do. Before Jon there would be one maybe two comedy shows a year. Now he’s got pros up here every Wednesday, it’s crazy.” Well said Kyle, well said.

So next time you’re looking for something to do on a Wednesday, get yer butt over to The Crystal Lounge, they’re not just for cheap wings anymore! You can follow Elevated Comedy Wednesday on Facebook and keep up to date on who’s coming each week here. 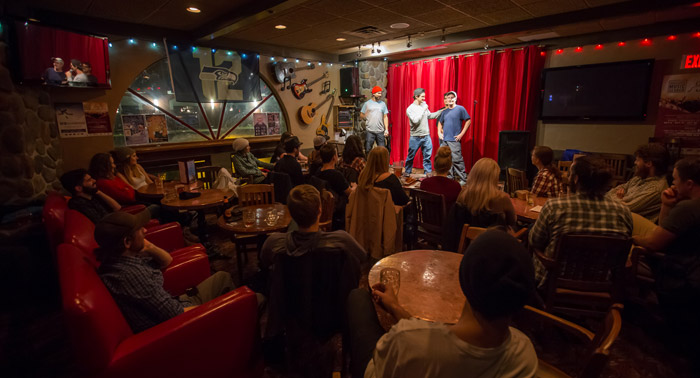 As well as the weekly events, you might like to check out Comedy Kitchen at Cornucopia this Thursday November 10. From karaoke to live music, speaker series to plays and more, check out the nightlife and entertainment listings on Whistler.com. There’s never a dull moment. 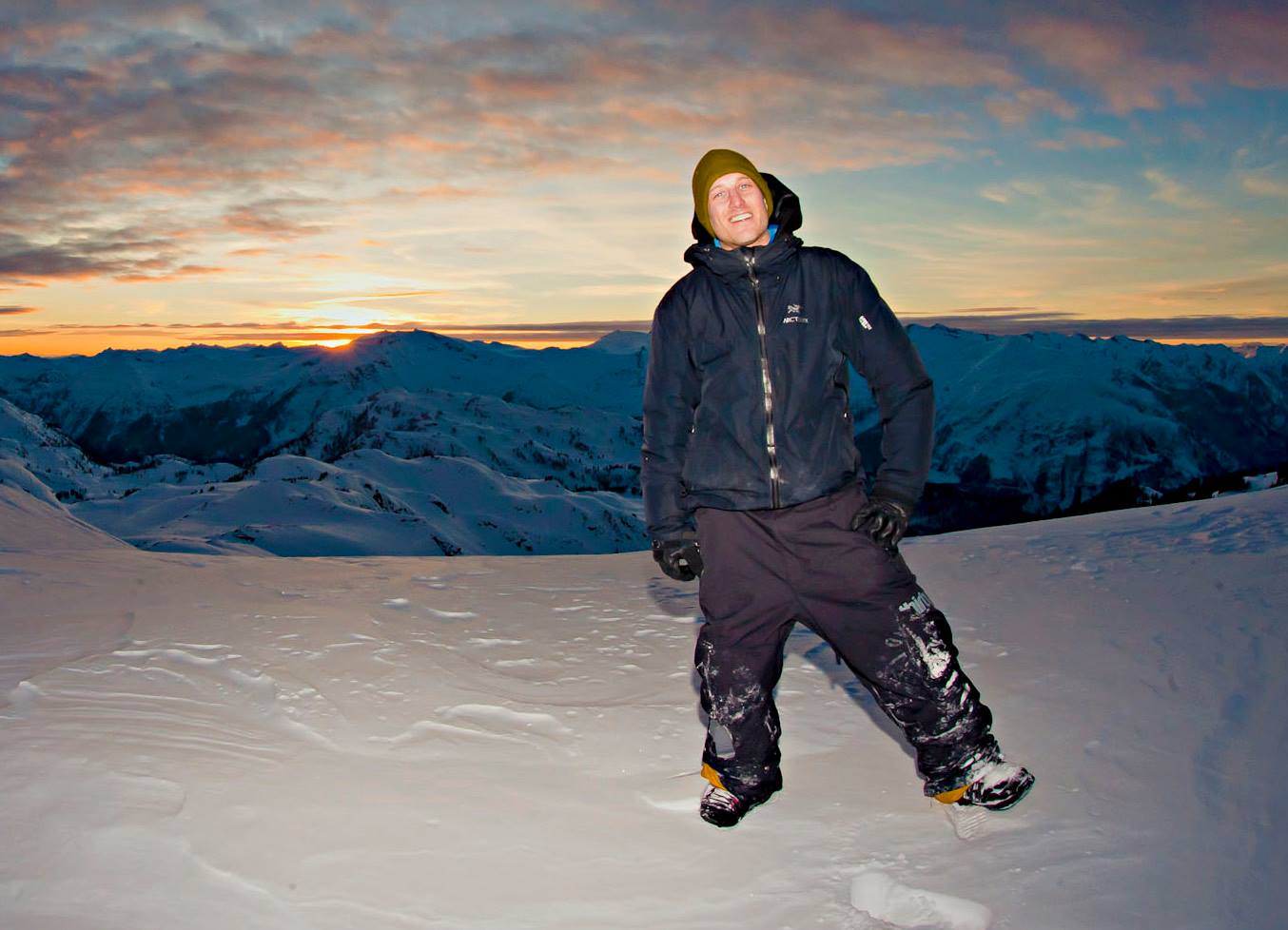 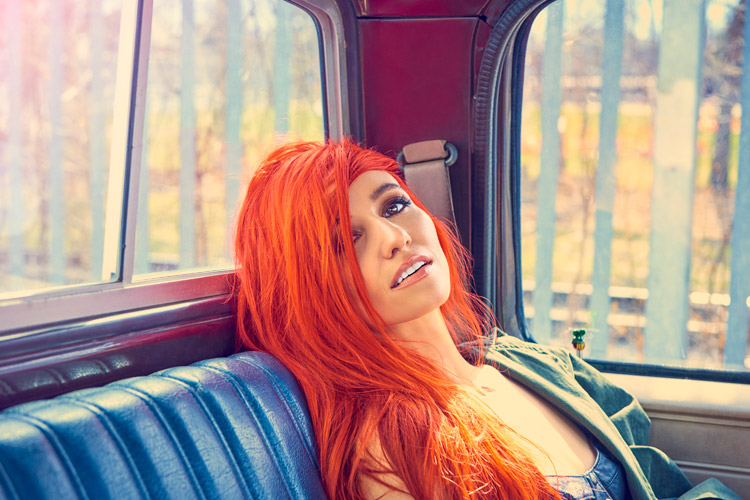 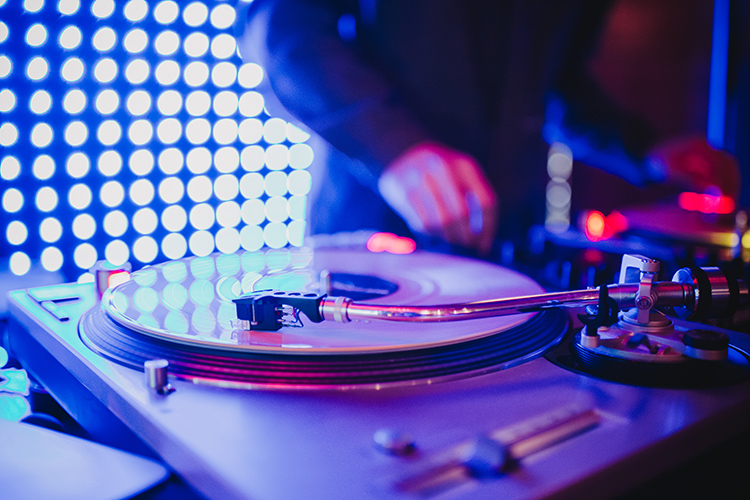 Cornucopia 2019: Events to Get Your Party on At 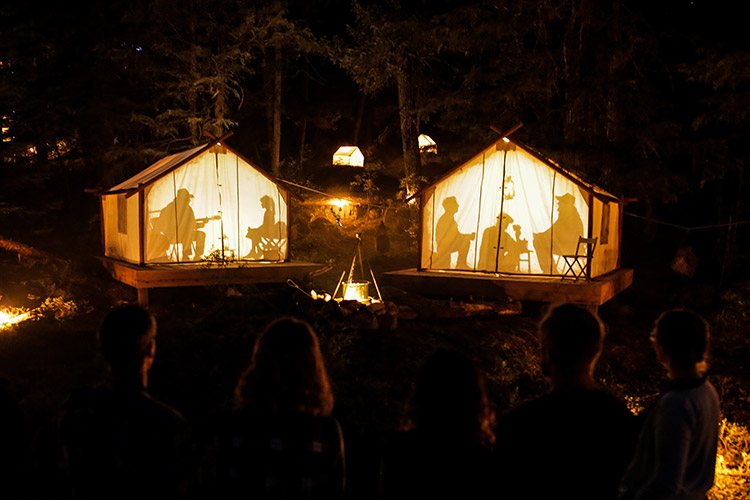 2018 Is the Summer of Lights: Vallea Lumina Whistler 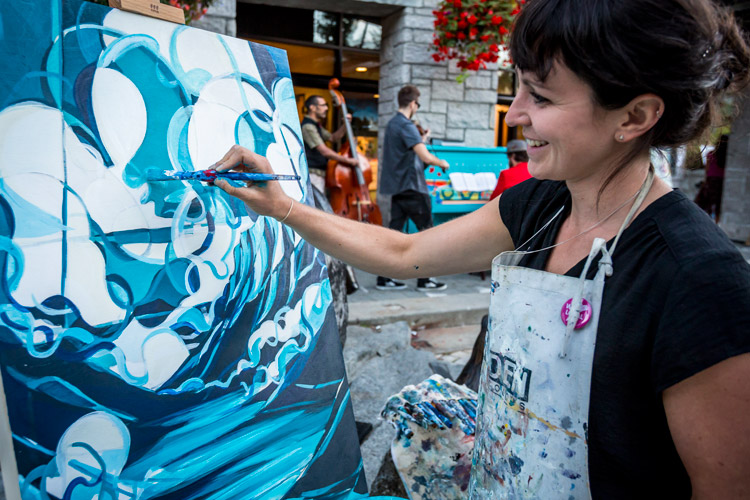