Where to Watch the FIFA World Cup in Whistler

Updated December 2017 to reflect changes in town – check out this list of apres spots for more sports bars.

Football, soccer… call it what you want, the 2014 FIFA World Cup starts today in Brazil and for the next month it’s “Football Fever” across the globe as people come together to watch games and cheer for their favourite teams.

With 31 countries involved and 64 matches being played in 12 cities across Brazil, the next 30 days should have enough sweet soccer action to satisfy even the most dedicated fan. But where to watch? If you’re holidaying in Whistler for the weekend or the month you may not be as familiar with the lay of the land, or more importantly the big-screen TVs. Fear not. The Insider has you covered.

Tapley’s has long been home to watching football in Whistler. They routinely play Premiership and Champions League games and they are pulling out all the stops for the 2014 World Cup. “We are opening early at 9 AM and we will play every single game,” staff says. “It’s gonna be a good time.”
Jugs of Beer are on special daily (and try the soup/sandwich for $10). Tapley’s is right across from the Whistler Conference Centre, look for the flags of all 32 World Cup countries that are hanging out front and listen for the cheers.

4429 Sundial Place, Whistler Village. 604.932.5151
Brandy’s is Whistler’s best sports bar, with 18 screens 60 inches or larger and 3 separate sound systems so you can watch different games in different zones of the bar. Plus they have a $13 Beef Dip and Beer special every day all day.“We will show all the games when we are open, right now we open at 3 PM but after the elimination stage we will open early for specific games.”Brandy’s is right under The Keg just off the Village Common square.

4050 Whistler Way, Whistler Village. 604.966.5060
The Cinnamon Bear has probably the comfiest chairs of any sports bar in town and they also have a Brazilian chef named Jordano who is so stoked to see his home country host the World Cup he’s put together some special dishes like a Samba Burger and a Brazillian Poutine.“We’ll be showing all matches after 11:30 AM and when you purchase a Heineken/Samba burger combo or a Heineken Jug you get a key for our prize locker and a chance to win various prizes with each game.”
The Cinnamon Bear is located in the Hilton Hotel.

8080 Nicklaus North Boulevard, Whister. 604.938.9898
Table 19 is in the club house of the Nicklaus North golf course and besides epic views of Green lake and Armchair glacier on the patio they also have the World Cup games playing inside with a special offer: You pick a team that’s playing and for every goal that team scores you get $1 off your bill. Plus you can golf after the game is over.
Nicklaus North is a five minute drive North of Whistler Village.

The Village isn’t the only spot to check out some World Cup action. Dusty’s right at the base of Whistler Mountain and Roland’s Pub down by Nita Lake are also showing the games and offer daily specials and a relaxed, community vibe. If you want the sound turned up, they will.

When in Whistler, don’t forget to offset all that awesome World Cup TV watching with some fresh air and killer outdoor activities. Find them all at Whistler.com. And you can always buy a soccer ball at Whistler Sportstop and go find a field to kick it. 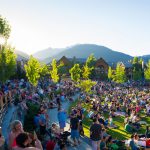 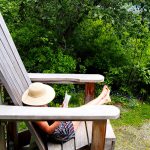