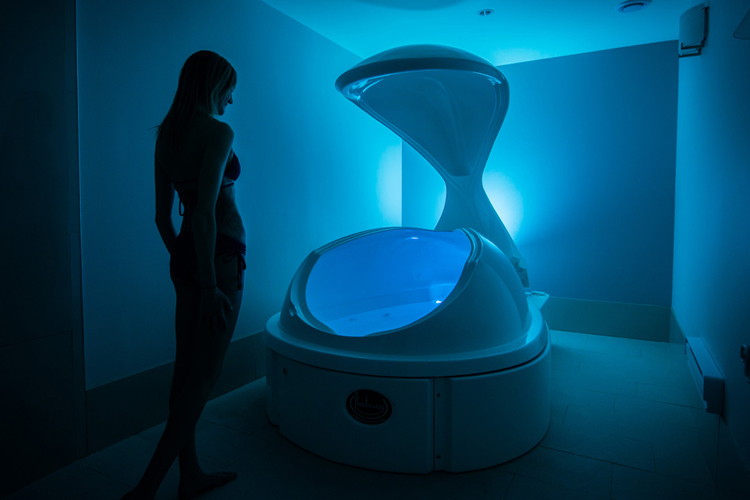 We’re sad to say that as of April 2017 West Coast Float will be closed.

Let’s face it. The world is not slowing down and most of those handy time-saving devices we’ve all got rattling around our lives are in fact doing just the opposite. Luckily Whistler’s empty wilderness and towering mountains provide an easy escape from the hustle and mayhem of contemporary life but the recently opened West Coast Float takes things a step further – Whistler’s only floatation therapy centre offers a new way to disconnect the mind and rejuvenate the body. 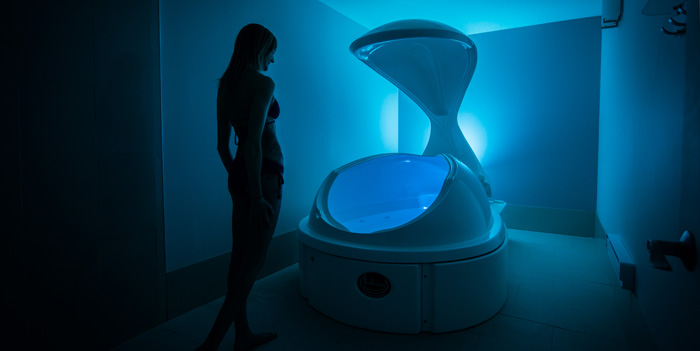 Originally developed in 1954, float therapy involves sensory deprivation by lying and floating in a lightless, soundproof tank of highly concentrated Epsom salt water. The idea is the lack of sensory stimulation combined with the anti-gravity feelings of salt buoyancy allow the brain and body to power down into a state of therapeutic healing and relaxation.

Whistler locals Bob and Louise Van Engelsdorp first experienced flotation on a trip to Portland, Oregon last year and knew right away that it would easily fit into Whistler’s already established health and wellness community.

“We did it and our friends did it but we all had different experiences,” Louise says. “Then, sitting in the float centre afterwards we started watching the types of people who were coming in for sessions. It was soccer moms and yogis and hipsters and athletes and elderly people. It was such a wide variety of people benefiting from floating and it works in conjunction with all the other spas and wellness options in town.”

The effects of float therapy vary — “There is no right or wrong way to float,” Louise says— but a 90-minute session can help alleviate stress, boost creativity and mental alertness, help with the effects of concussions or alleviate physical pain.

“When we built our tanks Bob got really into the science behind it all and designed our open float pool so it could be used by guests with accessibility issues,” says Louise. “We had a guy come in the other day who is in a wheelchair and he floated and said it’s the first time he’s been able to stretch his arms behind his back in 7 years. That was amazing to hear.”

West Coast Float has two traditional-style tranquility float pods that seal right up for the full isolation experience but they also offer an open float pool and a float cabin that can accommodate two people at once.

“The thing to remember is whatever experience your mind or body gives you, that is what is supposed to happen,” Louise says. “You are in total control of whether you want the lights on or off, or the pod open or closed. You don’t need any skills and we don’t lock you in there.”

Thinking about how to write a review of a float therapy experience while actually floating is slightly counter-productive. It’s pitch black and dead quiet — there’s really not much going on— and yet the brain is circling trying to analyze what to write about. After perhaps 20 minutes (much of it spent getting my neck to lean back and adjust to the weightlessness) my thoughts were able to drift off and I watched a bit of a swirling blue light show on the inside of my eyelids. Then I guess I zoned out or fell asleep because when the finish lights came on I was surprised 90 minutes had passed so quickly.

Other floaters insist it felt like three hours in the tank, while others report hallucination-like visuals or vivid memory re-enactments. “We had one guy who kind of freak himself out,” Bob Van Engelsdorp laughs. “He fell asleep and started talking in his sleep and the sound was echoing around the pod so he woke up and thought someone was in there with him. Besides him it’s been nothing but positive experiences though, even that guy was ok once he realized what was happening.”

“Those positive experiences are what I like about this business,” Louise says. “There is a community vibe to floating, people come out of the float tanks and have a cup of tea and we talk and interact for as long as they want. I feel like when they leave our shop they are more relaxed or in less pain and they go out into the world as calmer and happier people. There is a trickle-down effect from there that I enjoy. It sounds hippie but the gift of a five or thirty-five minute interaction with people who are visiting from all over the world… it’s pretty amazing to have a business where you get that.”

West Coast Float sessions are 90 minutes and they have all the information and answers to your questions on their website. Or better yet, swing by for a cup of tea and let Bob and Louise show you around. For more information on Whistler’s other wellness facilities, activities and accommodation go to Whistler.com