5 Ways to Unleash Your Inner Olympian in Whistler 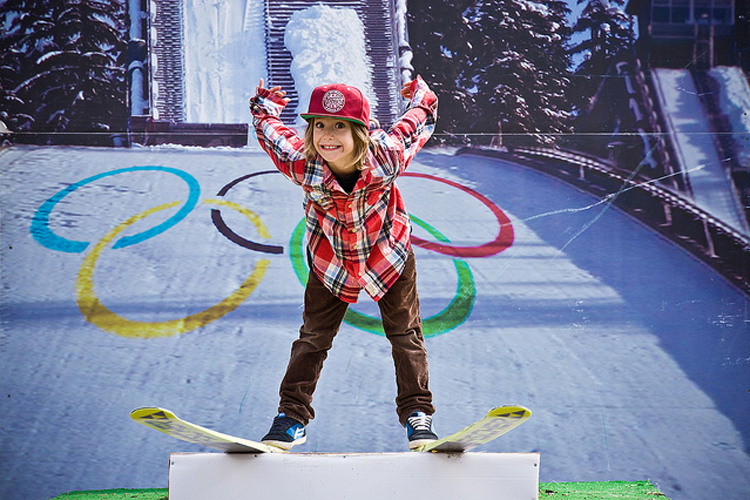 5 Ways to Unleash Your Inner Olympian in Whistler

In case you hadn’t heard, we had a pretty good time in Whistler during the 2010 Olympic and Paralympic Games. Now, basking in the afterglow, Whistler has thrown the doors wide open on the many venues you saw from your televisions at home. Why not dig out the speedsuit and see if you can unleash your inner Olympian? You might surprise yourself with untapped potential!

Test your mettle at the ski jumps at Whistler Olympic Park,  which opened for summer activities June 9. These jumps may not have looked that daunting from the comfort of your couch, but they are serviced by a chair-lift (which you can ride, or you can earn the perspective by hiking up yourself.) I dare you to say they’re small when you’re staring down the belly of the beast from the athletes’ starting point. While at Whistler Olympic Park you can also test your marksmanship on the biathlon shooting range. Target shooting is suprisingly relaxing. And the average age of an Olympic shooter definitely gives hope to late-bloomers. (The oldest Olympian on record is Swedish shooter Oscar Swahn, who won a silver medal at the 1920 Antwerp Games, just two months shy of his 73rd birthday.) Olympic ambitions are optional at Whistler Olympic Park. It’s also one of the best places in Whistler to:

The unofficial Olympic event of Whistler is the Photo Triathlon. (Can you strike an Olympic pose in three different venues?) Stop first at the Olympic Rings and Paralympic Agitos beside Whistler Olympic Plaza, follow up with a podium moment at the Roundhouse on Whistler Mountain, then powerwalk up to the Whistler Sliding Centre on Blackcomb, open for self-guided walking tours by donation daily from July 1, from 10am to 6pm. Jon Montgomery winning the gold for Canada in Skeleton was one of my favourite memories of the games.  So maybe he’s a cult hero for chugging the jug of beer that was handed to him on the Village Stroll, but this guy launches himself head-first at face-melting speeds down the sliding track. So in his honor I recommend raising a jug of the frosty stuff with your closest friends on one of the many patios here in town.

Your inner Olympian has earned it.

Pick up a copy of John Furlong’s Patriot Hearts: Inside the Olympics That Changed a Country at Armchair Books.